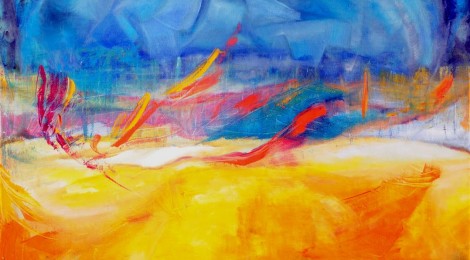 Artist Clari Netzer was born in 1961 in Monterrey, N.L, Mexico. She is the youngest daughter of Rumanian Jews and Holocaust survivors who immigrated to Mexico in mid 1950’s.

She is a self-taught artist, discovered her passion for painting and art early.

In Mexico she was attracted by the Primitive Art of different cultures that lived in ancient Mexico, the folklore and Mexican Art History, this influence is considerably noticeable in her artworks and in her activities as an Israeli artist today.

In 1983, after graduation and with a B.A degree in Communication Sciences from the University of Monterrey, the artist born in Mexico decided to immigrate to Israel.

Over the years in Israel, Clari Netzer has worked in various areas, including 11 years as Import and Purchasing Manager for a leading private owned company in worldwide selective cosmetics products.

Longing to express her desire to develop creative art led her to leave the management career and devote herself to art.

Her paintings are displayed in Exhibitions in Israel and abroad and can be found in public and private collections, she coordinates projects for the promotion of Israeli artists and cultural exchanges. She also gives lectures to promote the status of women in the arts.

Member of the The Israel Painters&Sculptors Association, Haifa&North, actually resides and works in Carmiel, Israel.

As with the Aztecs who believed in dualism, artist Clari Netzer uses contrasting elements which eventually come to balance and harmony. Her artworks show a prominent harmonious composition, symbolism and figures that add a dimension of mystery to the pictorial narrative, yet are full the senses and share meticulous aesthetics.

The colors, lines and forms are a continual challenge that leads her to constantly experiment with new styles, from figurative to abstraction, she introduces the viewer to originality and creativity of her own vision.

Rather than the often conventional subject matter, Clari Netzer’s art expresses much more than literal representation: the colors, the movement and sometimes the contradictory compositions bring forth the power of the painting. 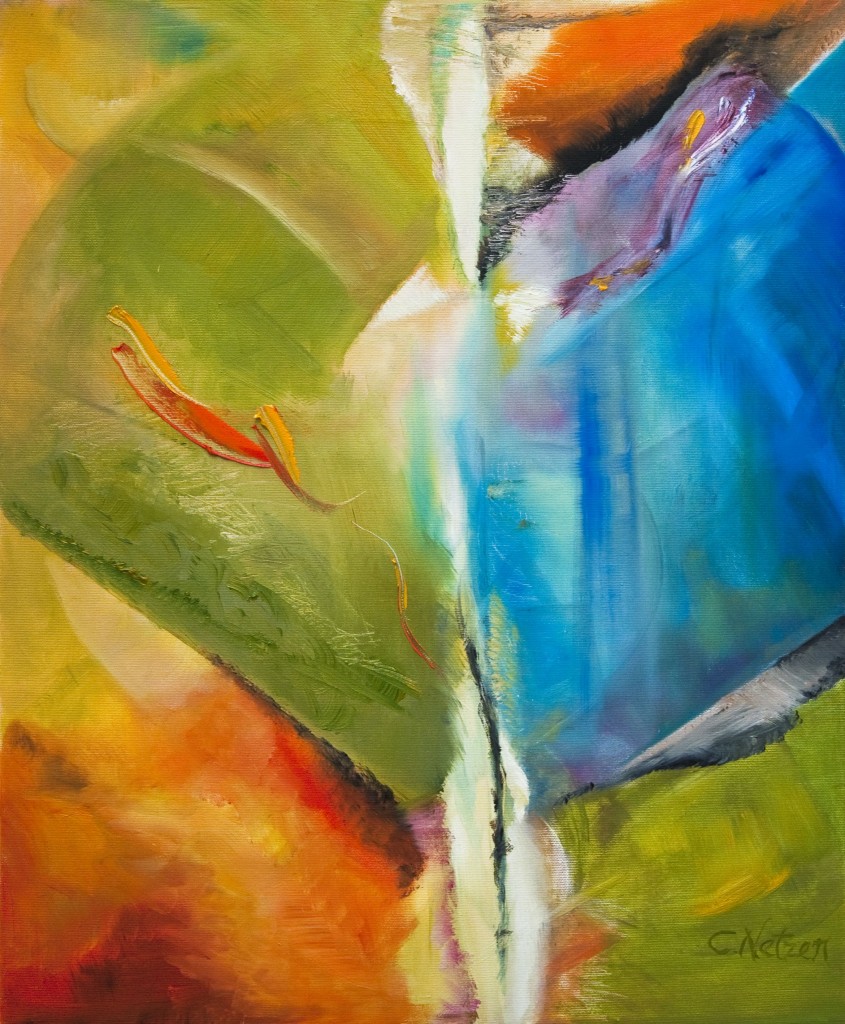 Following the Aztecs mythology the butterfly means “transformation”, a reborn.  Using a vibrant array of colors and contrasts – I intend to express a range of emotion that stimulate the eye and the mind, the joy of being Free and do what I love most: art. 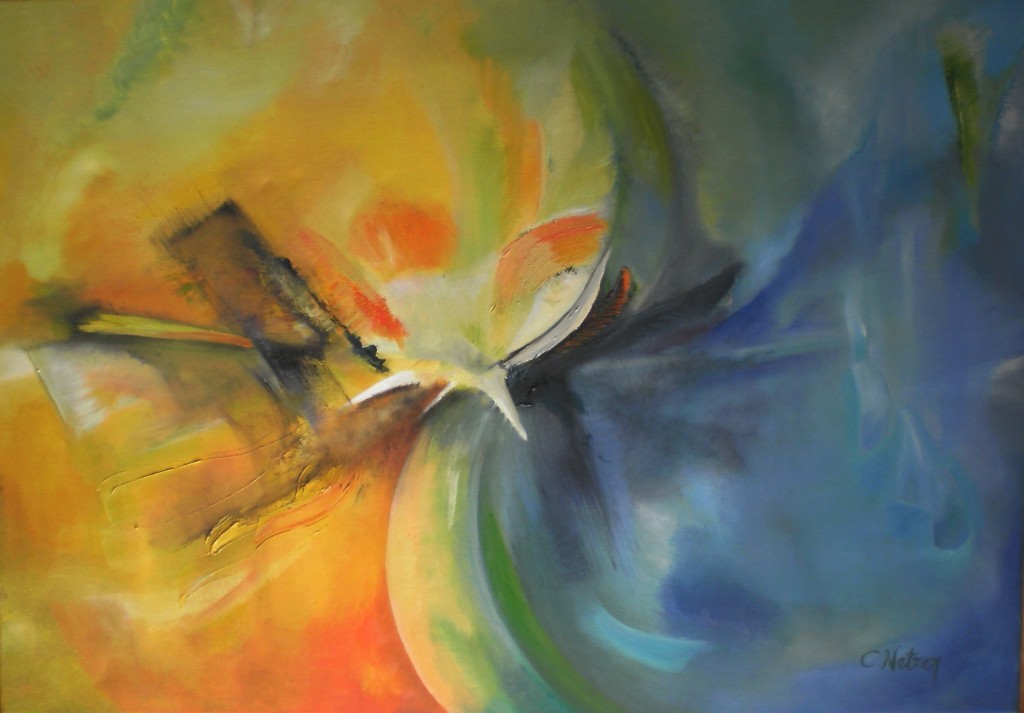 Day and Night, heat and cold, are shown in same plane, The concept of nature as a whole. While in the arts is common to paint “still life” I prefer to paint “living nature” as my truly admiration to the wonderings of nature. 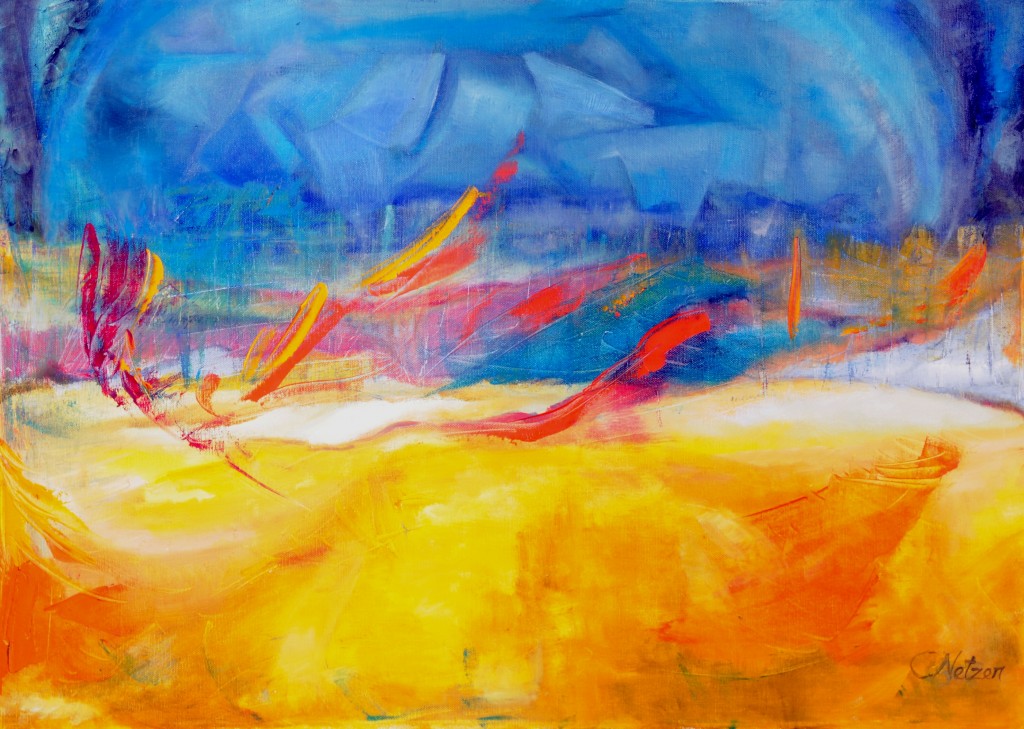 Day and Night are shown in same plane, using a vibrant array of colors, shadows and contrasts. The geometric figures and the spread of color suggest an old ship which adds a dimension of mystery to the pictorial narrative: the powers of newly awakened experiences or the consciousness that new senses are first awakened to life.